The DP championship requires a playing field, for a dog and handler to perform, at least 50 x 15 m

The competition field covering must be smooth, not slippery, and not too hard. Also, the field should not have pits, potholes, bumps, and other irregularities. The field with the following types of coverings are strictly unacceptable: concrete, asphalt, gravel, crushed stone, rubber coating of outdoor sports grounds, tile, or stone tiles. The field should be cleared and contain no bushes, trees, or any other obstacles.

The field is marked according to the scheme below. In the center are three equal zones of 10 x 10 m

The Puller Running discipline is carried out on the field with this marking: 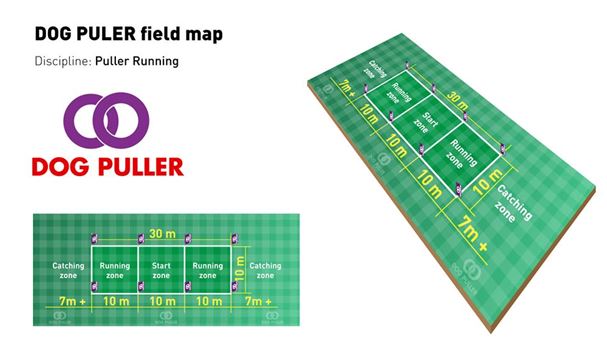 The Puller catching zone cannot be shorter than 7 m. It is not marked and fenced, has a free length.

The Puller Jumping discipline is performed on any of the marked squares of the field (10 x 10m): 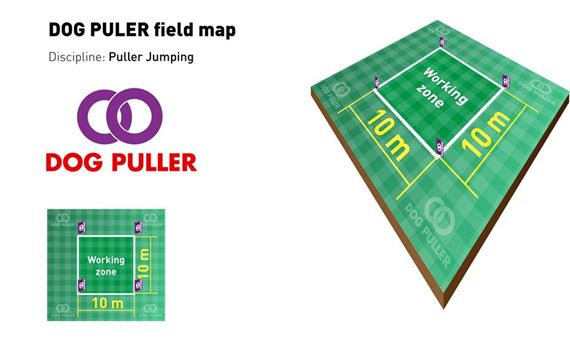 The field is marked with sand, sawdust, special spray paints, tape or non-toxic food dyes, can be additionally fenced with tape around the perimeter (the Puller catching zones along the field are not fenced).

Flags or cones are placed at the corners of the squares.

The competition field covering must be smooth, not slippery, and not very hard.

The field is marked with sand, sawdust, or non-toxic food coloring, and is additionally fenced with tape around the perimeter. Flags are placed at the corners of the squares. 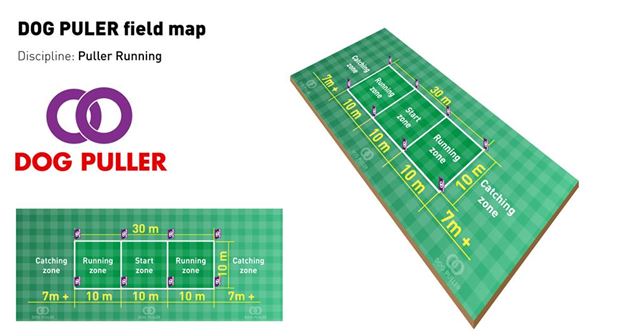 The performance ends after 90 seconds. If the handler managed to throw a Puller before the end of time was announced, then even after the final whistle or announcement of the performance time ending, the point will be counted if the dog successfully catches the ring and returns to the start area

The scoring of points in the discipline PULLER Running: 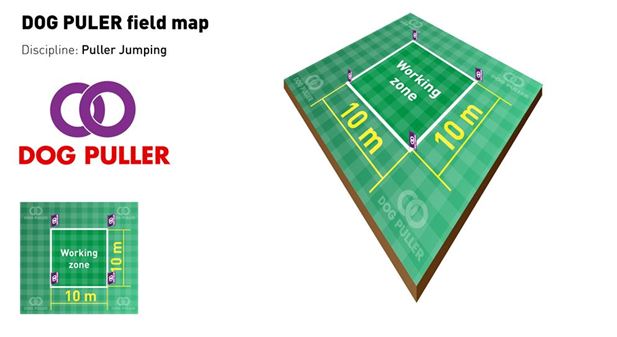 The scoring system in the discipline PULLER Jumping:

A dog must make the maximum number of jumps with grabbing the Puller with a mouth.

Each dog, taking into account its breed, age or individual characteristics, may have a different density, strength and style of capture Puller.

Examples of Puller grips that are considered successful: 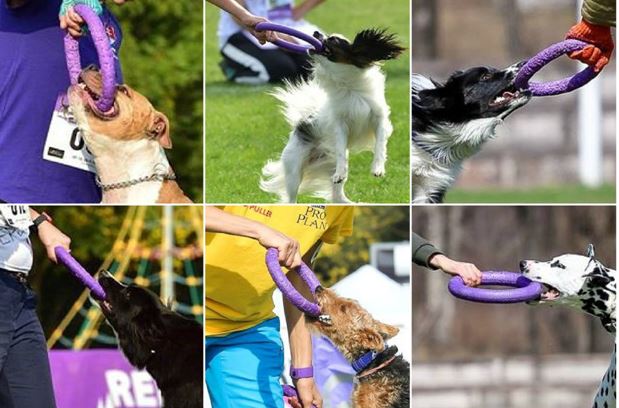 Dogs are categorized according to age and height.

Determination of the winner with the same points among the participants: 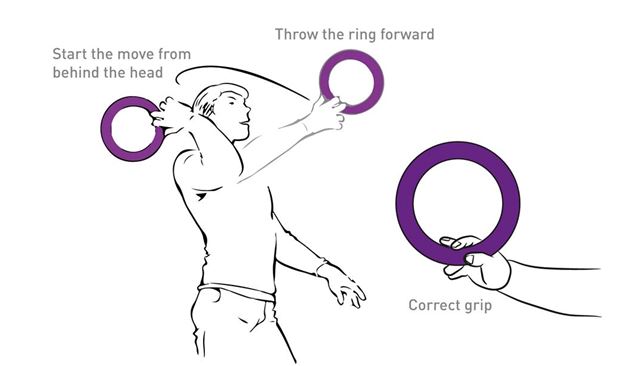 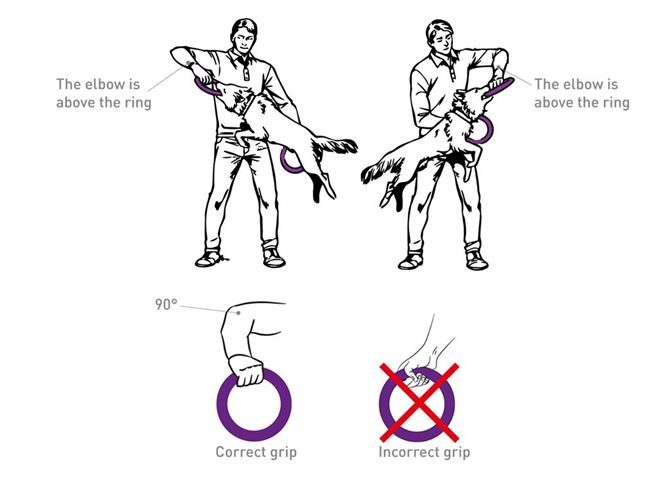 Rules of PULLER RUNNING and PULLER JUMPING for organizers

Every country forms its own team on the WCh – National Team. National Team of each country consists of maximum 15 pairs -dog and handler. Minimum quantity of participants in National Team are 3 pairs.

If the pair (dog + handler) compete only in one discipline in this case to get into rating system, they need to train and compete in both disciplines (running and jumping).

Points reckon only for awarding places.

The statement of World Championship is effective to 9 September 2019